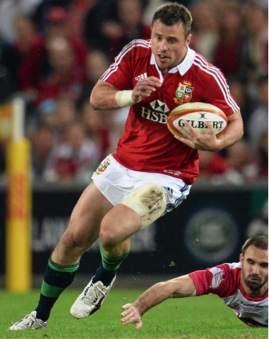 An international Rugby star, Tommy Bowe made his Irish debut in 2004 and is currently the second highest Irish try scorer behind Brian O’Driscoll. Amongst these tries was the winning try in the 2009 Grand Slam decider against Wales. His club career began with Ulster but in 2008 he left for the Ospreys in Wales with whom he won two Pro12 titles before he returned to his native province in 2012. He also played on the 2009 and 2013 Lions Tours. The world of fashion is where Bowe has chosen to make his mark outside of rugby. In 2010 he entered into collaboration with Monaghan-based company Lloyd & Pryce to create the Tommy Bowe collection of shoes. In the wake of the success of this venture, Tommy moved into the clothes market in 2013 with the launch of the XV Kings range of clothing. Reflecting on his experiences in both Rugby and Business, Tommy will share insights that delegates can apply to their own situation in pursuit of a competitive edge.

Attendance: Strictly by Invitation Only

Booking: RSVP directly to your Danske or MLN contact