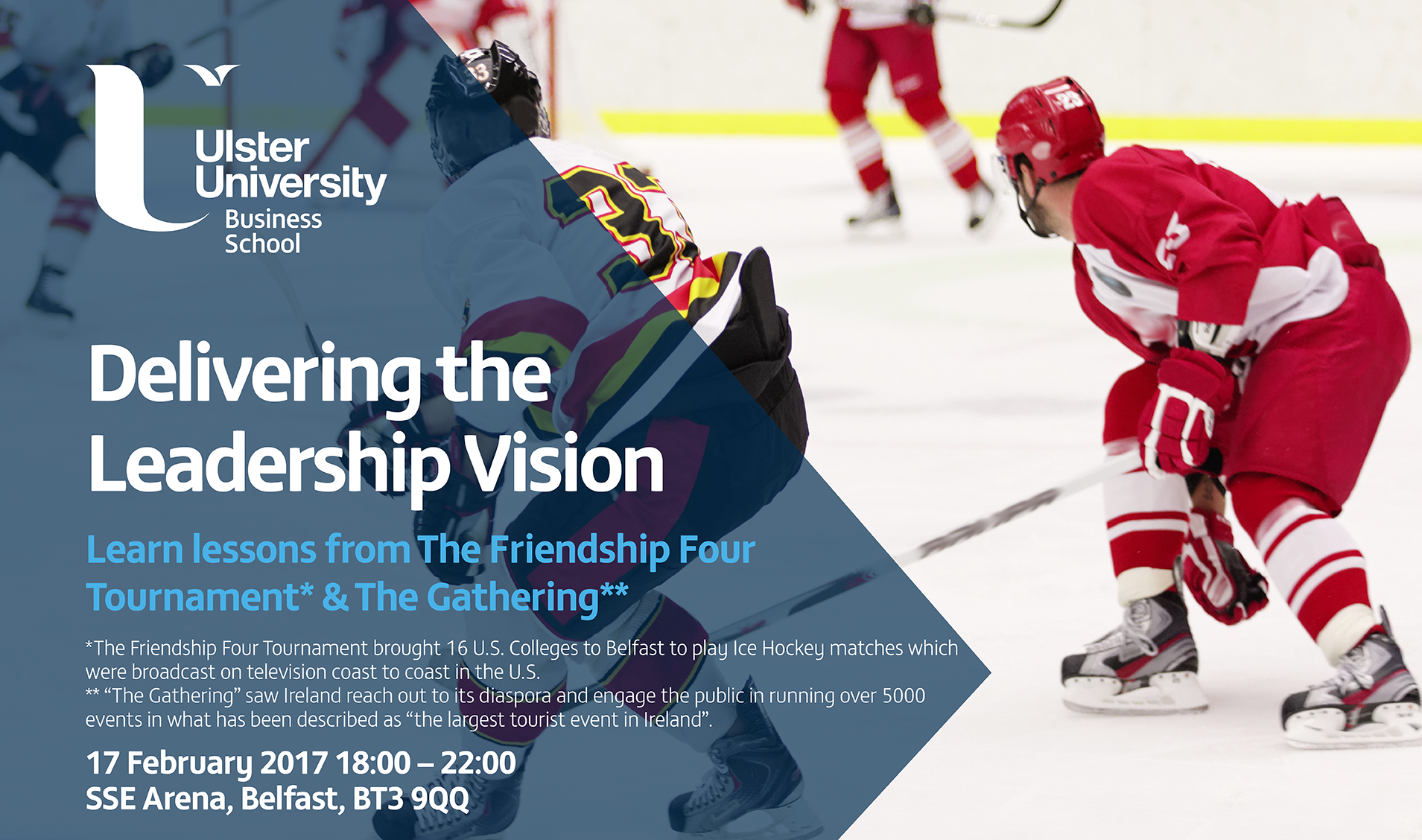 Leaders need to be ambitious in their vision, but how do we deliver? Learn lessons from The Friendship Four Tournament and The Gathering.

How did Belfast get to host high profile US league ice hockey matches? How did Ireland successfully host over 5000 “Gathering” events in 2013? This event brings together leaders who were able to deliver on their big ambitions and vision in order to drive their organisation forward.

The Friendship Four Tournament has brought 16 US Colleges to Belfast to play Ice Hockey matches. These are very high profile sporting events and are broadcast on television coast to coast in the US. On the back of these matches stronger links have been forged between Boston and Belfast, and through the tournament school children have been engaged as have businesses.

Also speaking will be Andrew Cowan of NI Connections who are involved in the Friendship Four Tournament. Andrew was also responsible for “The Gathering” in Ireland during 2013 which saw Ireland reach out to its diaspora and engage the public in running over 5000 events in what has been described as “the largest tourist event in Ireland”.

Panel members for the event are